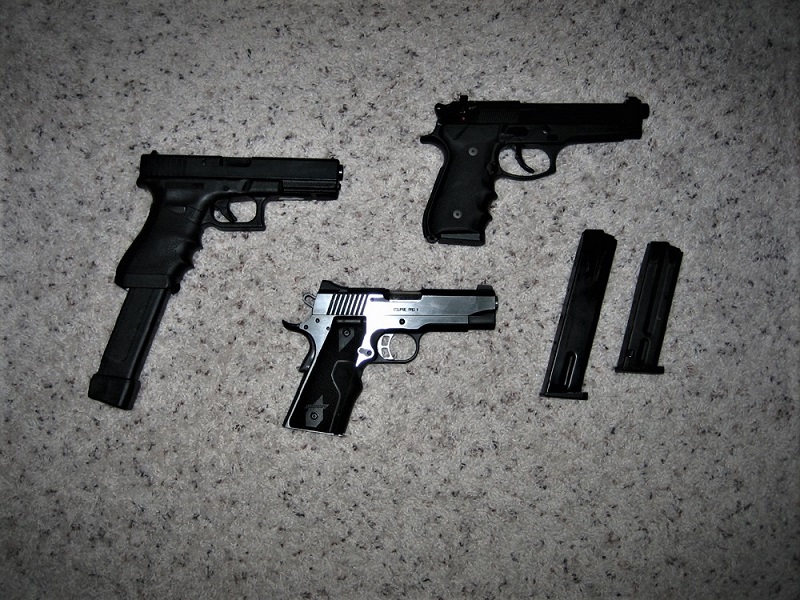 I’m always writing about how I carry seasonally, well… that’s one of the few reasons why it’s useful to have at least a second concealed carry weapon. Now, I don’t know many people who say, “I DON’T NEED ANOTHER GUN” but here are a few reasons to consider it:

We’ve all heard the saying: “Variety is the spice of life!” Well, that’s true. It’s nice to have options, and humans experience a great many things from diversity. As shooters, it can make you a more adaptable marksman. But this necessitates the need for practice even more. Once you have another pistol, you definitely need to get yourself to the range more often. It’ll also change up your range time, as well.

I’m not saying that you should bug-out and buy… 30 pistols (I’m also not ragging on those of you who collect). What I’m saying is that in contrast, too many pistols can create a sticky situation where you don’t go to the range. In fact, my step-father was guilty of this too often—although in his defense, he also was an instructor, so he was going to the range more than me.

But he also stressed the importance of having a basic collection for personal and home defense. I have also adopted his collection list: 2 concealed carry pistols, a shotgun, and a rifle. Versatility without overwhelming. If you need recommendations, I suggest getting a barrel gun as your second CCW and a rifle that chambers the same ammunition or both pistols in the same caliber. Whatever works for you.

In the event that you must use your pistol in self-defense, it will become evident. Now, I’m not in law enforcement, but I do understand that often pieces of evidence can betide up by court hearings, appeals, or even eventually destroyed.

If your only concealed carry pistol is admitted into evidence, you will be unarmed, and may potentially never get it back. You do not need to be left defenseless; having another CCW will prevent that from happening.

Recently there have been many fires in my community. Now, I don’t honestly know if a pistol could survive a house fire (especially if it isn’t kept in a safe or another fire-proof case). Honestly, if you guys have any ideas or experience with this, I’d be interested to read what you have to say.

And it’s unfortunate to consider, but if someone lifts your pistol, you’ll also be defenseless. (Let’s all hope this isn’t a case we need to plan to prevent—hopefully, your CCWs are on your person so this has no potential as a case.)

Regardless, the point here is to keep you armed regardless of what happens.

Do you think there is another reason that necessitates a second CCW?

If you just received your second CCW and are looking for a durable and modular holster, check out our Kydex holsters here.

Hannah Staton holds a Bachelor’s of Arts in Rhetoric and Writing from the University of Arkansas – Fort Smith where she also is a Writing Tutor. She was issued her Concealed Carry License in 2016, but has grown up around firearms her whole life. She is a Contributing Editor and Copy Writer for Clinger Holsters. She is an artist, cigar enthusiast, poet, and an avid shooter. She resides in Van Buren, Arkansas with her dog, Sunday and spends as much of her free time either with her family or making art. You can find her on Instagram @hr.staton or reach her by email: hr.staton@yahoo.com

Want to join the discussion?
Feel free to contribute! 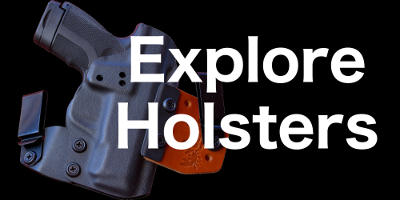 4 Things to Know When You Conceal Carry a Revolver